Cervical Scar Tissue – A Cause of Preventable C-Sections 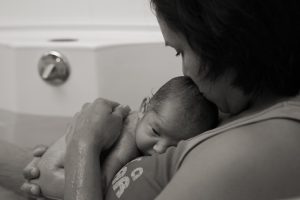 My nephew just had his sixth birthday in February. Who knew his birth would mean so much to my career as a birth professional? It was the day I first heard the words “Cervical Scar Tissue.” How is it that I had been a doula for four years and had never heard this before? Those words changed my life.

I sat down just days later and wrote a blog post, Cervical Scar Tissue – A Big Issue That No One Is Talking About. In the past six years, that article has circled the globe and has been read more than 50,000 times — significantly more if you consider how many other people have gone on to write and quote my story. People are now indeed “talking” about it. The emails and comments I have received have been staggering. Most of them, women having an Oprah Aha! Moment, many of them feeling a sense of relief, to have an answer to “why” it happened to them. I have even had women find the blog during early labor, looking for a reason why their labor wasn’t progressing after days and days of surges.

At the time of writing that blog of sorts, I didn’t know much. Since that time I have dedicated most of my doula career to learning more about cervical scar tissue and, specifically, helping families who experienced a c-section with their first birth. I started working very closely with a local Ob/Gyn who was very aware of cervical scar tissue. We started referring each other all of our VBAC (vaginal birth after c-section) clients. I kept track of the clients’ previous birth experiences, what kinds of procedures they might have had, and then what happened in their subsequent births.

The results were very clear. Out of 21 mothers, three of them had c-sections because of breech presentation, and 18 were listed as “Failure to Progress” during their first birth. Seventeen of the 21 had an obvious long, prodromal labor pattern. They also “seemed” to be having transition-like labor, but were only 4-6 cm dilated when arriving at the hospital. In all of those 17 women, the doctor observed obvious scar tissue during their subsequent births. The majority of these women also went on to deliver anywhere from just a few minutes after the scar tissue was resolved by the doctor to two hours after. In all cases, the labor progressed quickly.

The most interesting part of this observation is that not all of these women had had the typical cervical procedures associated with scar tissue like LEEP, Cone, or Cryo. The scar tissue also presented differently in some of these women. The women who had the procedures previously mentioned had tight rubber band type scarring on the interior of the cervix. Others though had more granular-type scarring. I have since heard it described as feeling like a piece of uncooked rice on the outer part of the cervix. That leads to the question, do other procedures cause scarring?

After interviewing several midwives and Ob/Gyns, I believe the answer is, “Yes.” I found that the other women in our small group all had had procedures like a D&C or an IUD placed. For both of these procedures, in many cases, a cervical stabilizer (such as tenaculum clamp) is used. This instrument pierces the cervix while it is being manually dilated. This seems to be what causes the granular type scarring. Not all women seem to be affected by this type of scarring or maybe some of them don’t get much scarring naturally anyway. I have heard a few people share the theory that if a mother gets significant stretch marks, then she has a higher likelihood of scarring. Some people naturally produce more keloids. Keloids are the excess growth of scar tissue at the site of a healed injury. This would make sense as to why some people would be affected and others would not.

The next questions of course are: Can it be removed, and is it something that can be checked before labor? In most cases, it can be resolved. Unfortunately it can’t be detected before labor begins, as a significant amount of effacement of the cervix is required. Some care providers recommend using either borage oil or evening primrose oil vaginally after 36 weeks to help soften any scar tissue on the cervix. It’s not clear if this actually works and has never been studied for possible negative side affects. This would always be something to discuss with your care providers.

Once in labor, your care provider can do a vaginal exam and “massage” the cervix to help the scar tissue release. The word “massage” can be misleading – this is an uncomfortable procedure, but not unbearable. When the scar tissue is less severe, movement and time is often what is needed. Another option used is a Foley bulb Insertion, where the tip of a Foley blub is inserted into the cervix and then inflated gently. All of these things would require having a provider that is present during your labor (often Ob/Gyns aren’t present until much later in a labor), is familiar with cervical scar tissue, and knows to look for it.

Since this small group four years ago, I have gone on to help many more women and experience their joy and relief when their scar tissue was recognized and resolved–all of them climbing that amazing mountain to reach the top with a roar, holding their beautiful new gift. Thankfully though, many of them were first-time moms that might have otherwise been recovering from a preventable c-section.

Dawn Thompson is the president and founder of ImprovingBirth.org. She has been in the birth industry since 2003, supporting hundreds of families as a labor & postpartum doula, with a background in public relations and marketing. Because of her own personal struggle through three preventable surgical births and, finally, a triumphant vaginal birth, her passion and desire to empower people through education has become her mission.