Protections for mothers are under threat

With protections for mothers under threat, advocacy groups call for solutions

San Diego, CA–Maternity care advocacy groups speak out on the heels of last week’s public cases of a Florida mother threatened with law enforcement to compel a quicker Cesarean and of “Mother A” in Ireland, the woman taken to court by her hospital to force birth by surgery.

“We’re concerned that we’re hearing from more and more pregnant women about what seems to be a growing disregard for their rights; commonly, this means denials of informed consent and refusal, but we’re seeing more extreme cases of legal coercion.  In the last few months, women in Pennsylvania, New York, Oregon, Maine, and Washington have reached out to us with pleas for help against threats of police involvement and court-ordered surgery,” said Dawn Thompson, president of ImprovingBirth.org.

Christa Billings, president of International Cesarean Awareness Network, urged, “It’s a dangerous situation for moms and babies when a cooperative, trusting relationship between patients and providers is undermined.  It gives doctors the power to decide when and how you give birth—not necessarily based on your circumstances, but on things like practice preferences, opinion, scheduling, convenience, and legal liability concerns.”

Legal protections for women in pregnancy and birth are the same as for non-pregnant people—including constitutionally based rights to privacy, physical integrity, autonomy, informed consent, and the rights to refuse treatment and surgery.  These rights are foundational in constitutional democracies, including the United States.  The fundamental human right of a woman to decide how, where, and with whom she gives birth was affirmed in the landmark 2010 Ternovszky vs. Hungary decision by the European Court of Human Rights.

“Healthcare decisions are for the individual to make.  When we contract with our providers for their expert advice and skill, we do not trade in our basic rights to informed consent and refusal of treatment and surgery,” said Cristen Pascucci, ImprovingBirth.org Vice President.  “Then, when our medical and legal systems join forces against women and their autonomy, what follows is the systematic undermining of women’s ability to protect themselves and the babies they carry. Allowing policy that removes mothers as the representatives of their babies, based on a broad assumption that anyone but the mother is more invested in her and her baby’s safety and well-being, is troubling.”

Ms. Billings added, “Hospital Cesarean rates in the U.S. range from 7% to 70%–a variance largely due to provider preference, not patient diagnosis.  While Cesarean surgery can be life-saving for mother and baby, it is major abdominal surgery which is not without significant health risks for both the woman and her child.  These choices should be discussed and decided on together by both the mother and health care provider, not via coercion by the care provider.  Women truly care for their babies and want to make the best evidence-based choices for their care.”

According to Dr. Nick Rubashkin, staff obstetrician and chair of the Perinatal Quality Committee at St. Luke’s Hospital in San Francisco: “The American Congress of Obstetricians and Gynecologists (ACOG) Committee on Ethics clearly states that using the law to punish maternal decisions … has no place in prenatal care.  Now is an opportunity for departments of obstetrics and gynecology across the country to take a good look at whether their policies and procedures need improvements to be consistent with ethical guidelines.”

“We call on ACOG and other organizations to reiterate their ethical guidelines concerning patients’ rights—especially in maternity care,” said Ms. Thompson.  “And then, it’s time for mothers to be brought to the table as stakeholders in this discussion.  We can’t wait any longer for solutions.”

ImprovingBirth.org is a national nonprofit run by and for mothers, to advocate for evidence-based maternity care and humanity in childbirth.  Last year, its first annual Labor Day rally to raise awareness around these issues brought out almost 10,000 women and their families in 46 states in the U.S.; this year’s rally is on track for twice as many locations and participation in other countries around the world.

The International Cesarean Awareness Network, Inc. (ICAN) is a nonprofit organization whose mission is to improve maternal-child health by preventing unnecessary cesareans through education, providing support for cesarean recovery, and promoting Vaginal Birth After Cesarean (VBAC).  ICAN is the only international mother-to-mother support organization with chapters in over 200 locations worldwide, where we hold educational and support meetings for people interested in cesarean prevention and recovery.

For more information on Cesarean section, see Childbirth Connection’s comprehensive “Cesarean Section: What you need to know about C-section“ 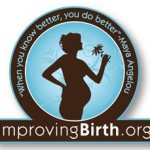 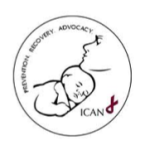