This February, we spoke with a Pennsylvania woman, D, who relayed to us that she’d been told by her doctor that if she attempted to give birth vaginally at the hospital where he practiced, he would get a court order to compel a C-section—and “so would any other doctor there.” Why would a doctor go to such lengths, and what kind of situation could possibly yield such a conflict?

Please note that this article is based solely on the mother’s account, except when otherwise noted. ImprovingBirth.org regularly supports women in difficult situations like these, as do our sister organizations.

This mom had had three prior cesareans, the first when she was just a teenager. She told us that the first surgery was the result of a “failure to progress” diagnosis made by her doctor after about four hours of active labor. She didn’t find out until later that her labor pattern had been perfectly normal.

D said that her provider spent the whole of her second pregnancy telling her she could try to have a vaginal birth after Cesarean (VBAC), but only if she went into spontaneous labor before the surgery he pressured her into scheduling. As it happened, she did go into labor just before the C-section was planned. When she told her doctor labor had begun, she says, he simply walked out of the room and had a nurse prep her for surgery, anyway. She was wheeled off to the OR contracting so hard that she was unable to advocate for herself.

For her third baby, she tried for a vaginal birth again. She labored with no support for that choice and no sleep in 24 hours of labor. When she asked for something to let her sleep, she was given an unnamed drug that gave her hallucinations instead of allowing her to rest. She then consented to surgery “out of total exhaustion.”

Finally, for her fourth and last baby, she was interested in planning a VBAC again. She wasn’t able to find a provider to actively support VBAC in her small town, although she wasn’t told explicitly that she “wouldn’t be allowed” to VBAC until she was almost 36 weeks pregnant. In fact, her doctor went the extra mile and, she told us, and said that if she showed up in labor at the hospital, she would be forced into surgery by court order.

When D had a conversation with her doctor about how important it was to her to avoid another surgery, she explained how difficult her physical recoveries had been on her and her family in her previous surgeries. She’d been unable to care for her newborns and her other children, and this had deep impacts on her emotionally.

D said her doctor responded by suggesting she “take antidepressants before surgery,” if having another cesarean was so emotionally difficult for her.

The medical risks and benefits for VBAC after one or two Cesareans, and for repeat Cesareans following one or more Cesareans, are well documented, but the evidence for VBAC following three surgeries is scant [link].

Whether or not the doctor’s emphatic stance on this woman’s method of giving birth was warranted, the tragedy in such a situation is that her fate was determined 11 years before, when, as a teenager, she received a surgery that was arguably preventable. That surgery doomed her to a lifetime of repeat surgeries that become statistically far riskier to her and her babies, should she want more children – not because vaginal birth was impossible for her, but because it was not an option supported by her care providers.

In her last pregnancy, this mom was told that, once again, her body and her legal rights to make decisions about her care – including the right to refuse surgery – would not be respected. (See “Informed Consent in Childbirth: Making Rights a Reality.”)

We joined lawyers from National Advocates for Pregnant Women (NAPW) and Legal Advocates for Birth Options and Rights (LABOR) in sending a letter to her doctor outlining her rights (below). The legal department for the hospital responded with an acknowledgment that they would not pursue a court order. Another doctor at the practice also questioned the legality of the threat that had been made by her colleague.

Legal coercion (the use of the threat of law in order to ensure compliance with “doctor’s orders”) is a tactic that has no place in maternal healthcare or any other kind of healthcare. (See the related article, “Legal Coercion in Maternity Care: A Doctor’s View.”)

Ultimately, this mom had a wonderful experience giving birth, with two doctors who she described as “very respectful” and “awesome.” D went into labor on her own, and was supported by the “amazing” staff at the hospital, who helped her into various positions and using breathing techniques.

Complications arose when D reached about 6 cm dilation, and she requested surgery at that time. Her doctor asked if she was sure, and continued to reassure her that she’d been very strong. She said:

“While I did not get my VBAC, the entire process felt very healing and I am at peace with it. I thanked the OB and the nurses for all being so very respectful of my wishes and never pushing anything on me.

“I have had ABSOLUTELY no sign of postpartum depression this time. I am certain that the absence of bullying/trauma is the reason that I am emotionally healthier this time around! I believe that this outcome is far better than me taking precautionary antidepressants.”

That was the important thing all along for her: to feel respected as a decision-maker and valued as a human being. In her last pregnancy, she did what she felt was safest for her baby in choosing a vaginal birth and then a surgical one, and she was supported and respected in those decisions.

That is a happy ending. 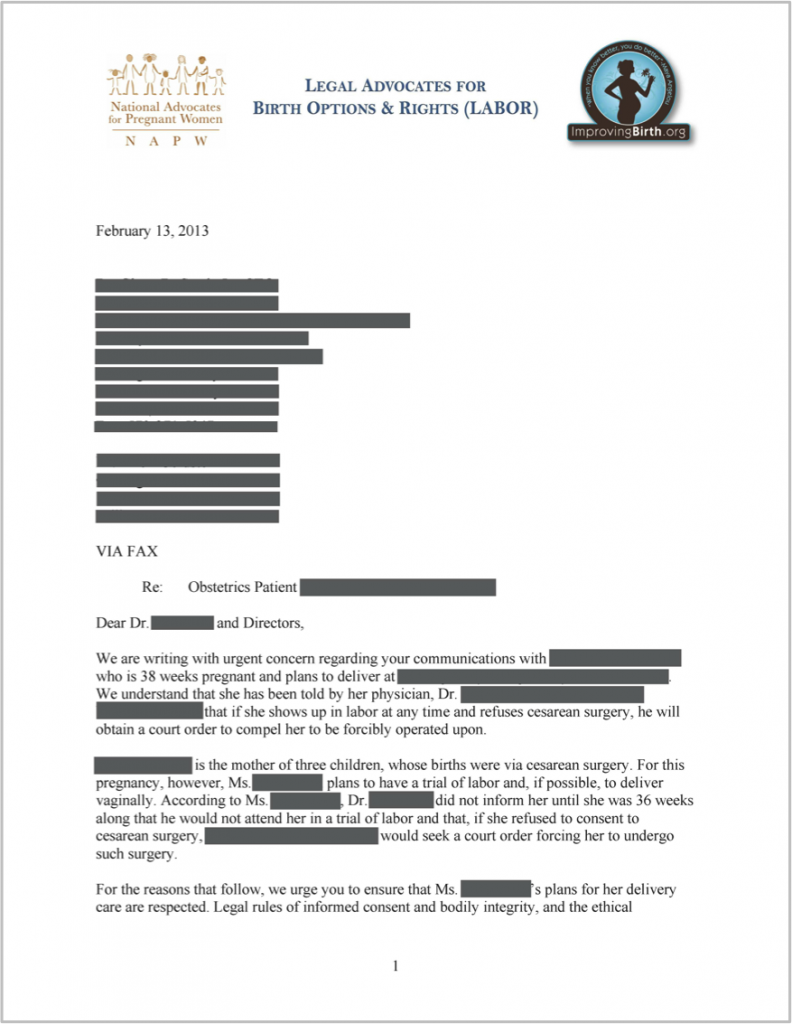 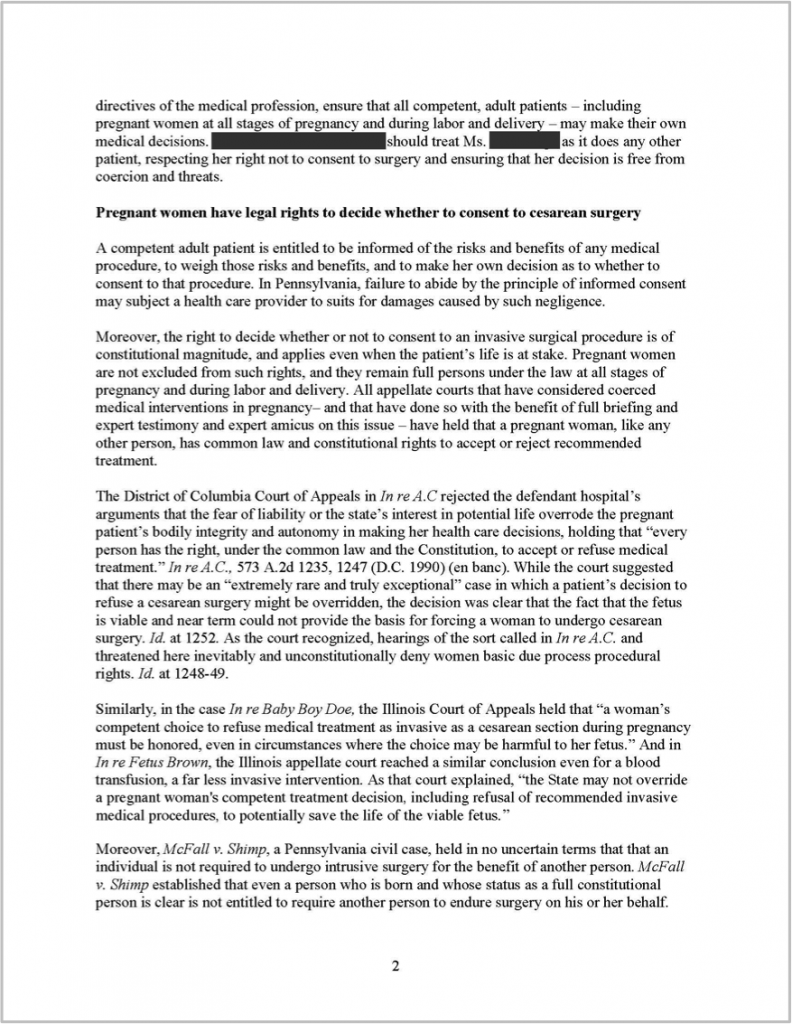 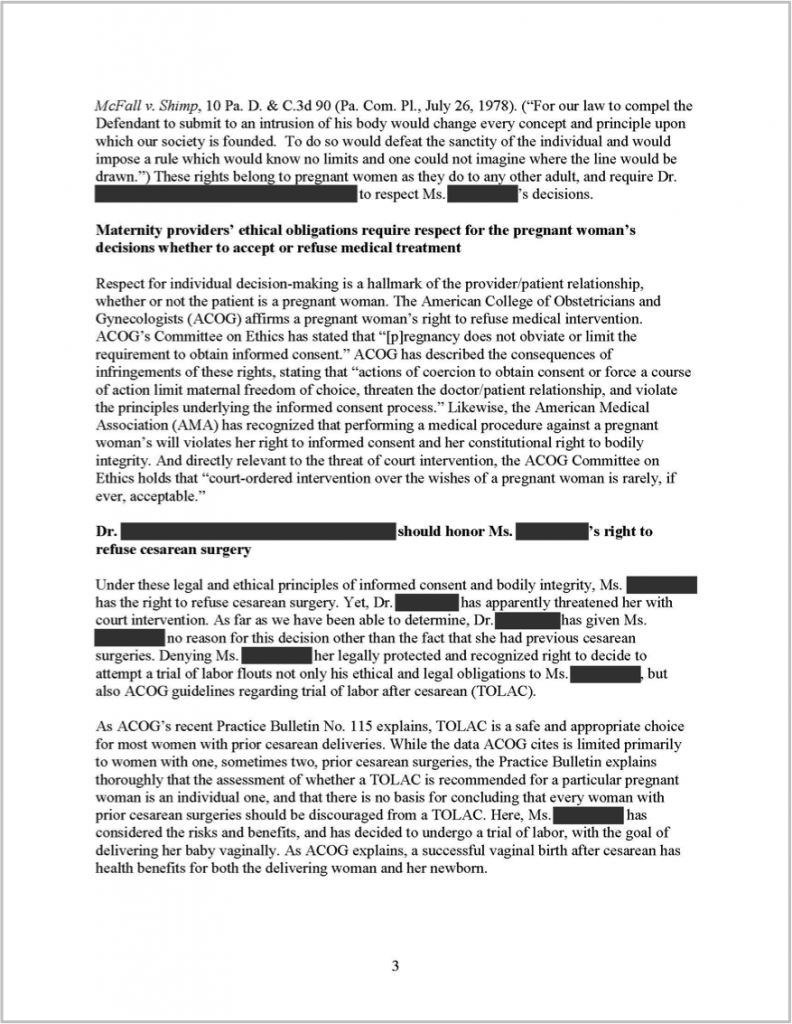 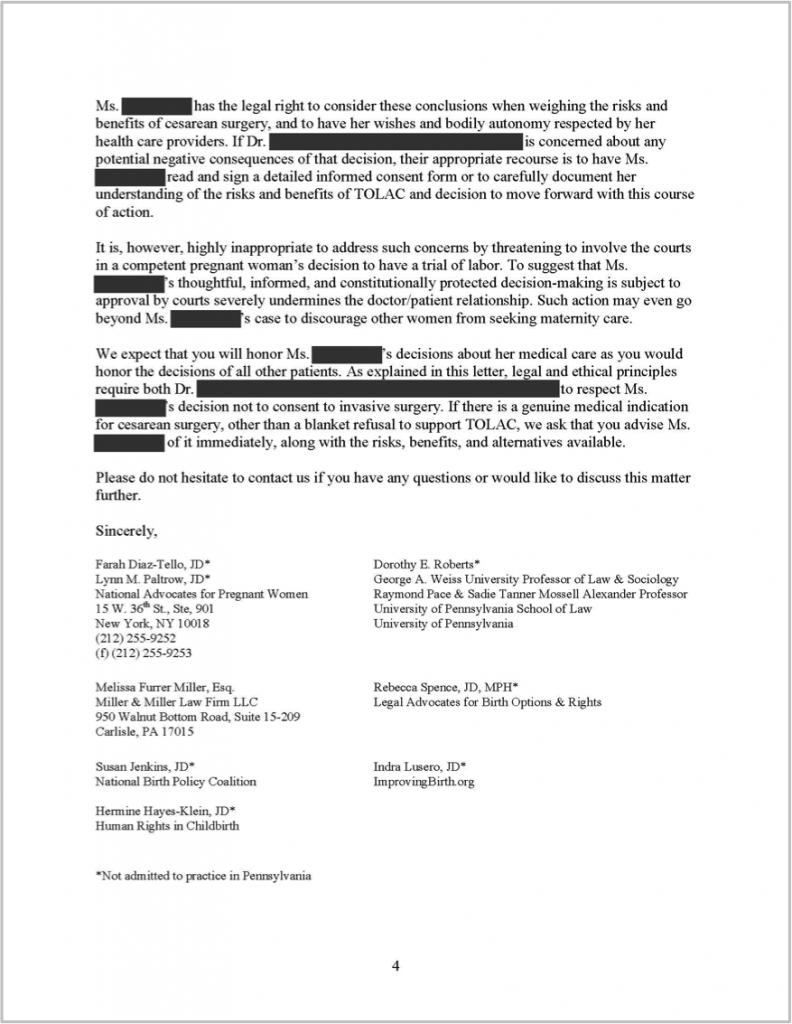 Want to support ImprovingBirth.org’s mission?  Like us on Facebook, participate in our history-making 2013 Rally to Improve Birth, and donate to the cause.