Is "Fear of Litigation" just a cop-out?

I’ve long since thought that liability concerns and or fear of litigation were, for the most part, a perceived fear.

I came to this conclusion based on our experience in helping Kimberly and at least 40 other women reaching out to ImprovingBirth for support to find legal help.

In Kimberly’s case, even with clear video evidence, it took us two and a half years and at least 80 lawyers to finally get one to take it on.

It’s nothing short of heart wrenching, when people have shared their traumatic birth story with me and I know that they deserve restitution, but I must give them the reality – unless someone died or experienced significant injury, that can be “proven”, and/or they have deep pockets, their chances are slim to none in finding a lawyer.

Then you have the added reality of it taking an average of 3 years to pursue such a case.

Which brings me to the discussion that took place this morning on my personal Facebook page.

I shared a story that CBS News did on the new study that has tied the use of pitocin to a possible increase in postpartum depression, where this profound discussion about perception of liability ensued between two very passionate advocate friends of mine. One a labor and delivery nurse and the other a human rights lawyer.

“Here is what I know. If hospitals provided women safety, privacy, and respect, they could labor as humans (and all mammals) are supposed to and they wouldn’t have to “Pit” most women in labor. As for postpartum hemorrhage, a lot of that is actually CAUSED by overuse of pitocin in the first place. And most of this is based upon fear of litigation because we don’t have universal health care to take care of people’s needs if there is a birth injury. Just a rotten system through and through.”

I responded with a quick AMEN, not putting much thought into it, even with a fairly strong opinion about the realities of legal action.
But my friend Hermine Hayes-Klein, a human rights lawyer, responded in such a thought provoking way.
“I agree with you on everything but the litigation sentence. “Fear of litigation” is more of an excuse than the real driver of obstetric intervention. Pit causes birth injury, and even death– we’ve all seen those cases–, so it wouldn’t be rational to use it to avoid liability for birth injury. Unless you know that most women can’t access justice for injuries caused to them by overuse of medical interventions. In this case, it would be more accurate to say that “most of this is based on provider convenience, combined with provider anticipation of perverse liability incentives that protect hospitals and doctors from liability if they impose obstetric interventions, regardless of the actual risks of those interventions.” There’s no reason for birth activists to validate the “liability makes us do it” story, which is such a convenient and confusing way to make everybody throw up their hands and blame “the system.””

She went on to say:

“Don’t get me wrong– the system is broken, and it does tie providers’ hands. Fear of liability is real, if not rational, but studies have shown that it’s just not the driver that medical providers say it is, especially compared to financial and time-convenience incentives. For more info, stats and cites on this:” http://www.humanrightsinchildbirth.org/blog/2016/4/16/rinat-dray-is-not-alone-part-4
The nurses response was a perfect narrative to all the different obstacles we face.

“…..Much of what I said was driven by what I hear doctors say, but I think that saying that is a cop out, and is easier to say than, for example 1) I’m afraid to go against my peers’ views and habits for fear of losing status, 2) I haven’t kept up with the research and am just doing what we’ve always done, 3) I am going along with protocols because I lack the courage, leadership, and energy to challenge them, etc.”

Just last week, another similar discuss took place both in person during dinner with my two favorite obstetricians, and again online. I posted this:

“I’d like to salute the doctors and midwives working in hospitals that wage the battle between respecting patient autonomy and being eaten alive by colleagues and hospital administration.

Every time I have the opportunity to listen to those who are considered “outliers” in the hospital setting and what they have to go through to fight for their patients,4 at the risk of their own sanity and safety, I’m dumbfounded.

“If I just practiced standard obstetrics and did it like everyone else, my life would be so much easier.” – Dr. Emiliano R Chavira

This statement says so many things. How do we right this massive ship? I can’t help but feel a little helpless.”

“Dawn, a word about the feeling of helplessness: I think one of the big problems is that there are so many pressures on the docs (and nurses) that drive them to behave in the way they do. There is financial pressure, medico legal pressure, pressure from the quality department, and administrative and regulatory pressures. The big thing that is missing is pressure to advocate for the patient and pressure to behave in a humanistic way. There is no pressure on you to do that. There is no one there to advocate forcefully for the patient. The docs and nurses do it to the extent that they are internally motivated and driven to do so.

The patients need to have a greater role and a bigger voice so as to influence how care is delivered inside these giant health systems. They need to exert pressures of their own to counteract all the other pressures that influence the nurses and docs to act the way that they do. And this is exactly what you are working on. This is the big void that needs to be filled. Keep on!”

I don’t know about you, but this seems like a subject worthy of a bigger discussion. We can talk about cesarean rates and intervention rates and the evidence that supports different actions, all day long. But until we start addressing the other pressures in the system that drive the actions, we will continue on this path of destruction.
So what say you? Is fear of litigation often a cop-out? Is it really the driver of decision making? Does the consumer have a significant role? Comment here or join the discussion on our facebook page. 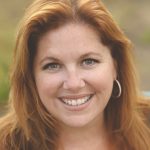 Dawn Thompson is the founder and president of ImprovingBirth. She’s a self described Healthy Birth Warrior working towards healthy rates of interventions in childbirth by encouraging the consumer voice to rise up, impacting and changing our broken maternity care system.