One in six women in the United States experience mistreatment during childbirth. Stop and think about that for a second. One. In. Six.

Lower, middle, and upper class women report they were ignored, belittled, or verbally humiliated by healthcare providers, had interventions forced upon them, and were separated from their babies without reason or explanation during their hospital births.

It’s no wonder more and more pregnant people choose homebirths. Do these experiences from women in Slovakia sound familiar?

“Women from Slovakia reported that care providers treated them as objects incapable of making decisions about their own care. Many of them did not consent to interventions such as episiotomies. Violations of their dignity, privacy, and confidentiality were common. Women said that care providers did not listen to them, doubted their perceptions and feelings, ignored their wishes, imposed their will on women, and made them feel guilty or like failures.”

The Role of Race in Mistreatment in Pregnancy and Childbirth

Think racism isn’t an issue? Black people are up to four times more likely to die than their white counterparts when pregnant or giving birth. Healthcare providers don’t know or care to know the unique needs of people of color, so they ignore and/or mistreat them during pregnancy or birth, which causes them to die or almost die. All because of racism.

If you don’t think racism is still in full effect in 2019, I urge you to read both the article and the comments here.

“It’s not just the stressors. We are treated as less than and ignored. I had to have my last baby at a teaching hospital because my preferred hospital was re-building their NICU and I had a “geriatric” pregnancy. I was married, working and had insurance in a semi-private room, somehow a social worker still ended up in my room asking me if all of my kids had the same Father. This is what they do and how they think of us.”

Indigenous women were most likely to report experiencing at least one form of mistreatment from healthcare providers followed by Hispanic and black women. Twice as many Hispanic and Indigenous people reported being yelled at or scolded by their providers than white people, while black, Hispanic, Asian and indigenous women are twice as likely than white people to be ignored by their providers or had their requests for help refused.

Not surprisingly, white women were the least likely to report mistreatment. Those mistreatment statistics change, though, when the white person is part of a biracial couple. White women with a partner of color reported increased incidences of being healthcare providers ignoring them or refusing requests for help.

Age and Mistreatment in Pregnancy and Childbirth

The younger the pregnant person, the more likely they are to get mistreated. One in four people 24 or younger reported mistreatment, while one in seven women over 30 reported the same. Younger people were also more likely to report obstetric violence.

The Most Common Type of Abuse

Study participants reported they were most commonly shouted at or scolded by members of their healthcare teams, followed by being ignored or not being responded to in a timely manner. Would doctors and nurses yell at a patient receiving care for a heart attack? Would they ignore someone’s request for help in the emergency department (or any other hospital department for that matter)? Then why are they ignoring us?

Want to avoid abuse during pregnancy or childbirth? You’ll need to be white, have a vaginal birth at home or in a freestanding birth center, have a midwife as your primary care provider and be 30 or older. Simple, right? These are the primary protective factors against abuse, study authors say.

Human Rights in Pregnancy and Childbirth

And if you want to improve pregnancy and birth outcomes, you must protect human rights. You know those examples of mistreatment listed above? The yelling, being ignored, coercion, and having procedures done to you against your will? Those are all human rights violations and they happen everyday in every hospital in this country.

The maternity care system in this country must change, and this study is even more evidence of how broken it is. Instead of yelling, coercing and ignoring, providers need to start asking “Is mom OK?”

What was your experience during pregnancy or childbirth? Were you scolded? Ignored? Did you experience racism? Tell us in the comments or share your story with us at submissions@improvingbirth.org. 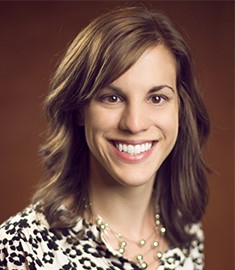 About the author: Casey Newman is on the board of ImprovingBirth and a PR/marketing professional with a passion for maternal issues. She enjoys spending time with her family, supporting various causes, and angrily tweeting about baseball @caseybnewman.